Minecraft update 1.16.100 can be downloaded at the end of the article. Meet over 100 changes, a new Achievements Screen and Experimental settings for Android. 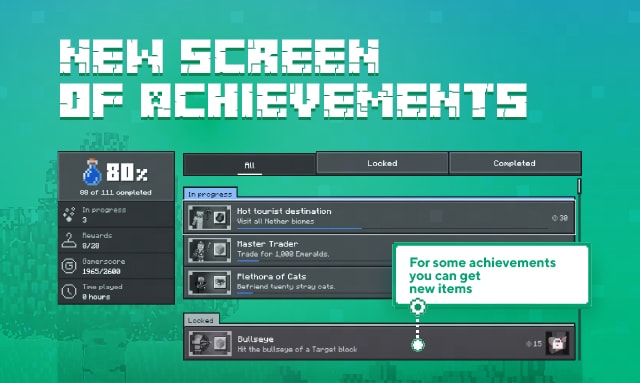 Console commands
Minecraft beta has already added these commands. The release brought them all together. Meet 9 new commands and several edits:

New Experimental Settings
This was already in beta, but the functionality was improved in the release. You can enable Experimental options in the map settings. For example, here you can turn on biome customization or activate "Caves and Cliffs". 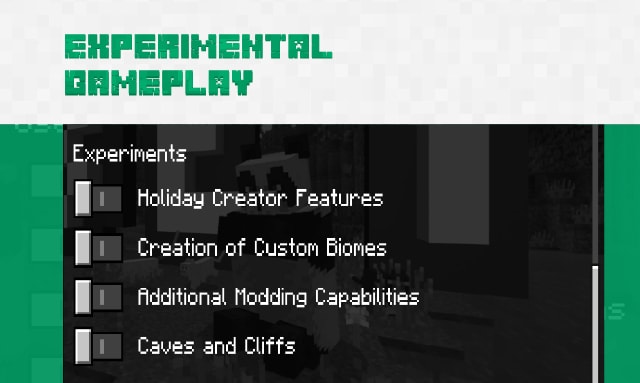 Vanilla Parity
Made 48 changes. Some of them were already in the latest beta versions. We have translated all the changes. Click on the spoiler below to view.
Changes Vanilla Parity 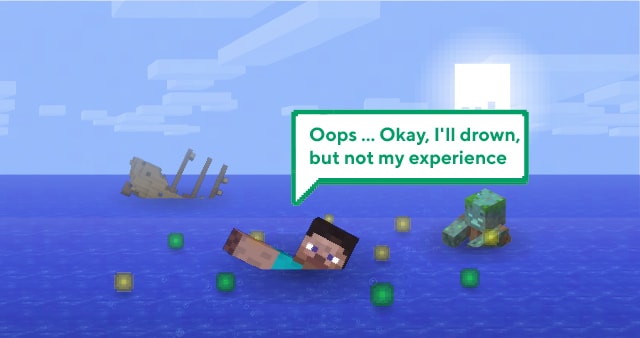 Changes for addons
Made more than 100 changes in the field of customization of addons and textures. If you are interested in changes, check out the official changelog. Note that the developers have published new templates for creating mods: