New beta of Minecraft 1.16.210.50 on Android with fixed bugs. Added sounds to the Nether world and fixed bugs.

Underworld sounds
There were a lot of problems with the sounds. Now the ambient sounds have been fixed. For the changes to take effect, you need to perform the action: 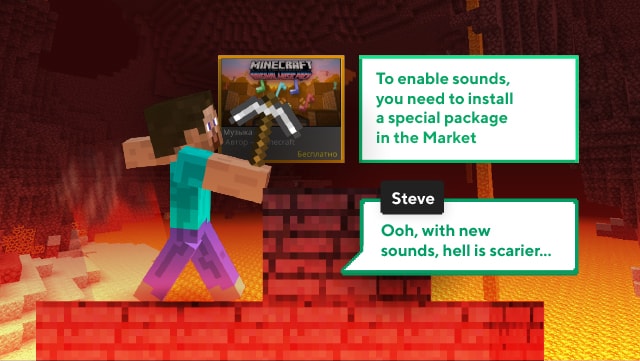 Achievements screen
The developers continue to improve the new achievement screen. Made 5 changes.