A beta version of Minecraft 1.16.210.53 has been released for Android. In the update, we fixed bugs and improved Loose Snow. Now Loose Snow can freeze the player, or put out the fire.

Loose snow
Made 25 changes. Loose snow can now freeze the player or help escape from fire. More in the list: 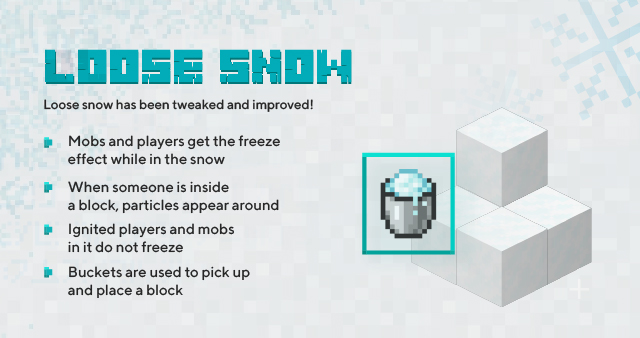