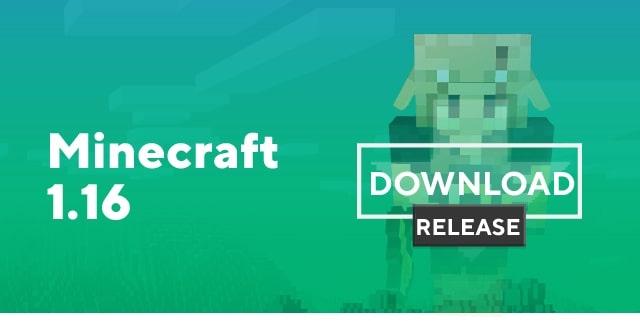 The Nether Update is a global Nether update that was announced at Minecon 2019. The hellish version of Minecraft 1.16 is out on Android. Run to the Nether!

Files at the end of the article
Navigating the article
Piglin
This is a hostile mob that spawns in Crimson Forest or Bastion. The main hobby is hunting the Hoglins. If the Piglins kill Hoglin, they'll dance. 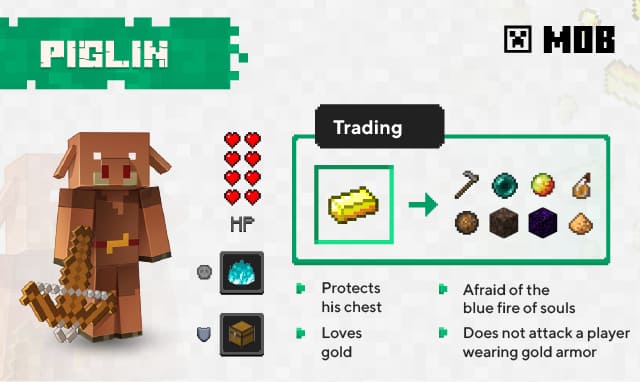 Hoglin
A hostile mob that spawns in Nether Crimson Forest in groups of 4. 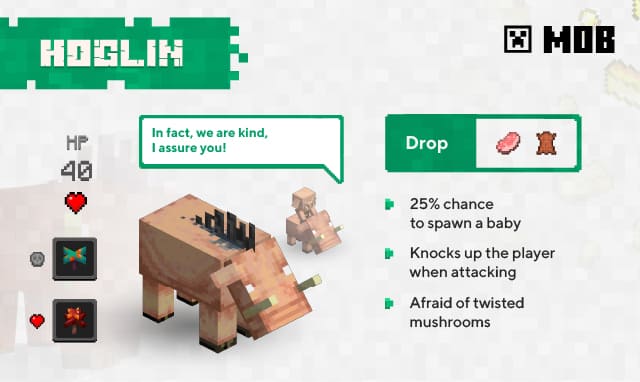 Strider
Strders are new mobs that can walk on lava. Spawn in the Nether in lava lakes. 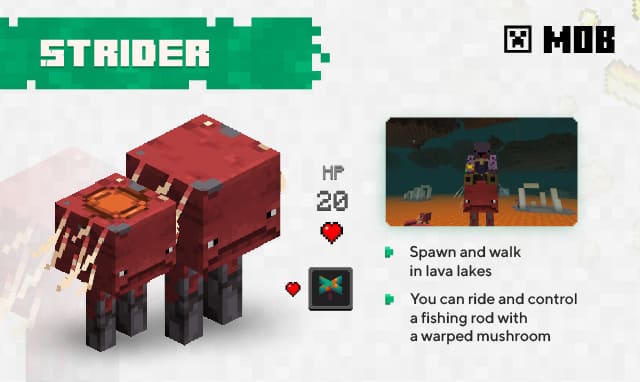 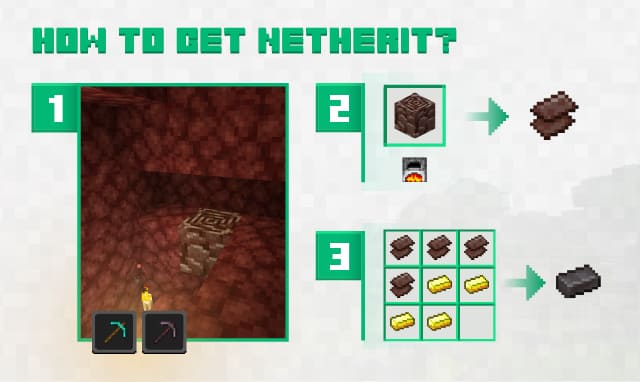 Netherite - a new treasure?
It is now the most expensive stuff in Minecraft. 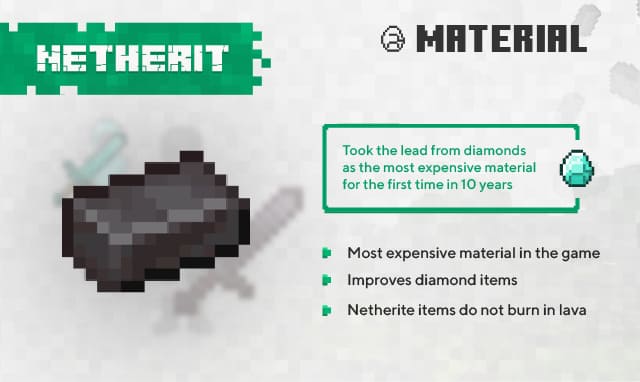 New Biomes of Nether
4 new biomes have been added to the Nether. Explore a new Hell. 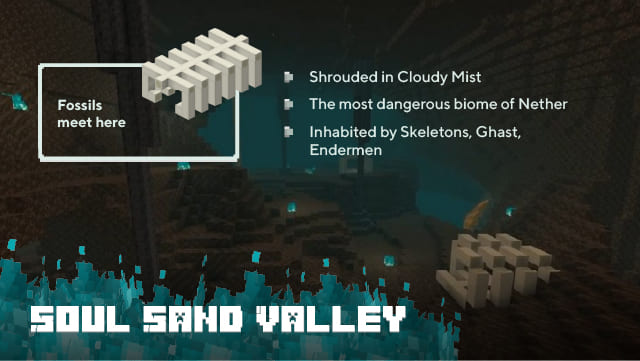 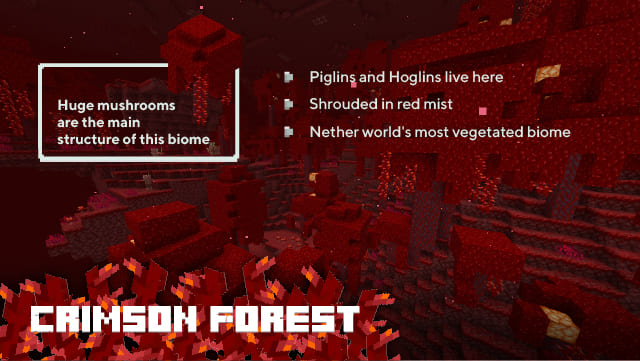 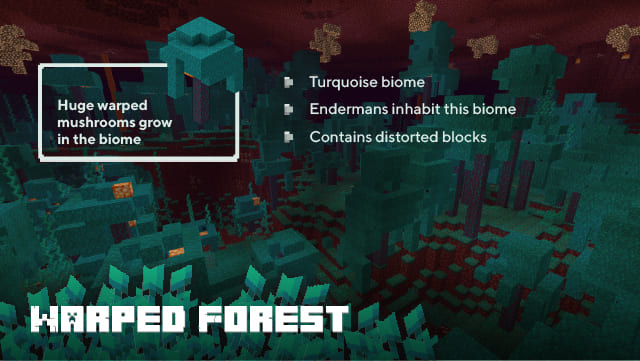 Basalt Deltas
New biome, similar to the result of a volcanic eruption. 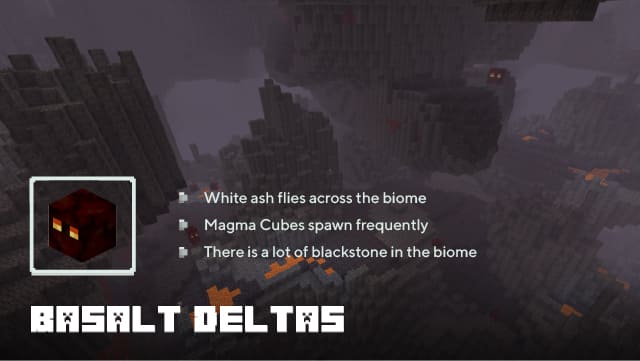 Bastion Remnant
The bastions are huge Piglin structures that look like castles. They are generated in the Nether everywhere, except for Basalt Deltas. There can be 4 types: 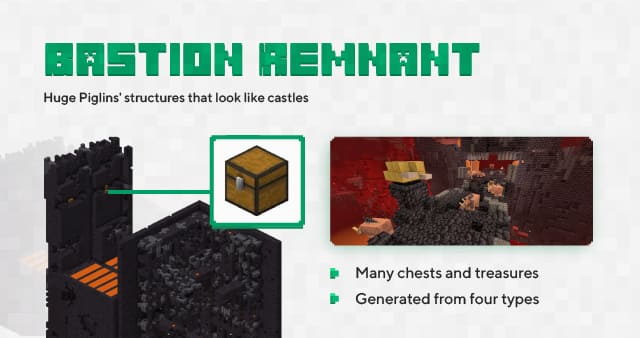 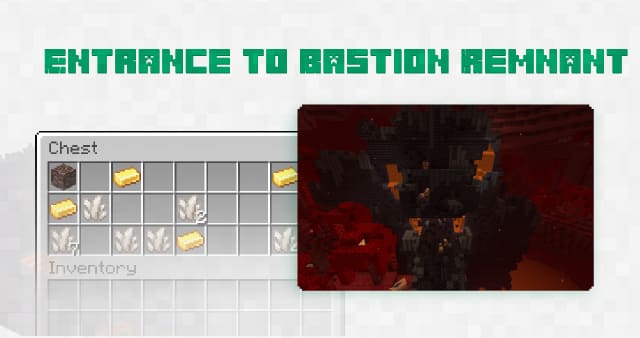 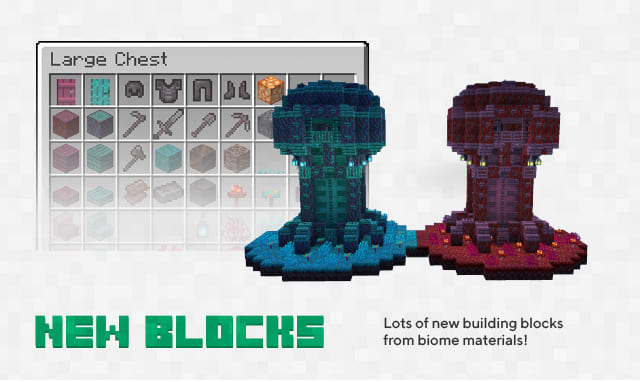 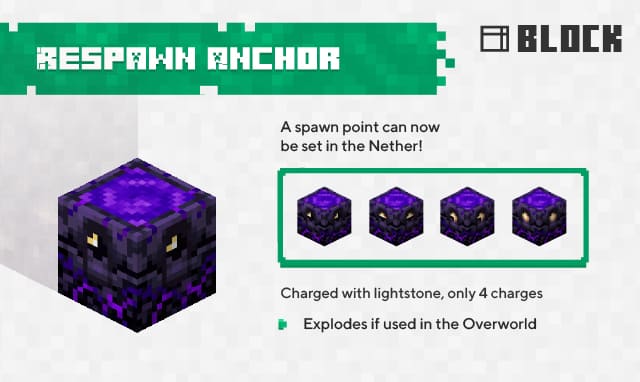 Lodestone
Lodestone is the block that attracts the compass needle. Install magnetite, click on it with a compass, and the compass will always show where the same magnetite is.
To use, you need to activate Experimental Gameplay. 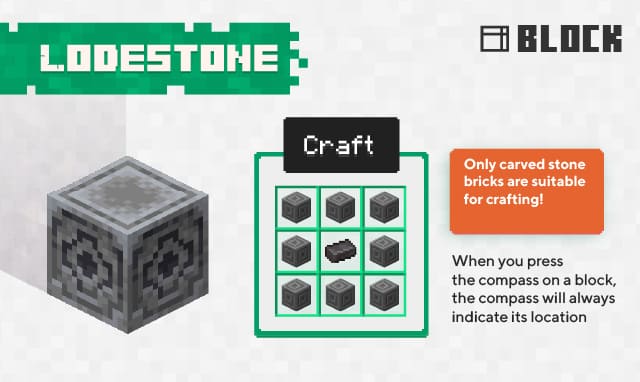 Animated Emotions
Animated emotions were first shown at Minecon 2019. The first developments appeared. Go to the character editor and you will see the "Emotions" tab. The list of emotions will continue to grow! 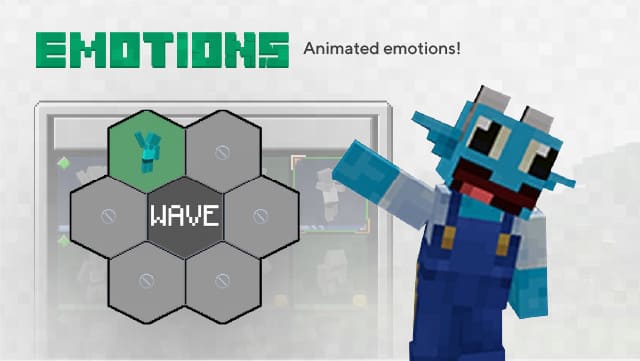 Redstone
New redstone behavior. Now it makes more sense. Some old mechanisms will stop working, but new ones will appear. Wait for news.
Screenshot for Java. Red is coming soon to Bedrock. 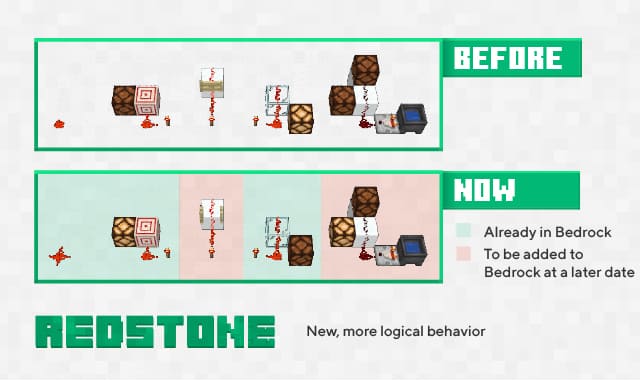 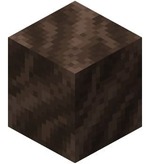 The soil of souls is a block like the sand of souls. Doesn't slow down the player. The Fire on the Soil of Souls turns blue. 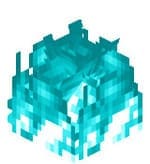 Fire Soul - acts as normal. Double damage. Appears when you ignite Soul Soil. Generated in the Valley of Soul Sand. Will never go out.
Ruined Portals
New generation in the Upper and Lower worlds. Contains weeping obsidian, magma and lava. If you're lucky, you will find a treasure chest. There are 13 different options. 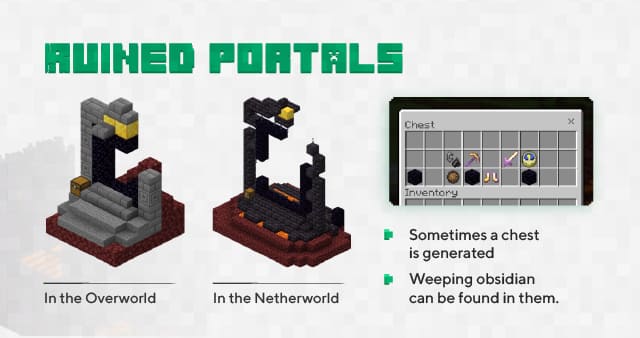 Target
A block mechanism that reacts to being hit by an arrow or a Trident. Creates a redstone signal. 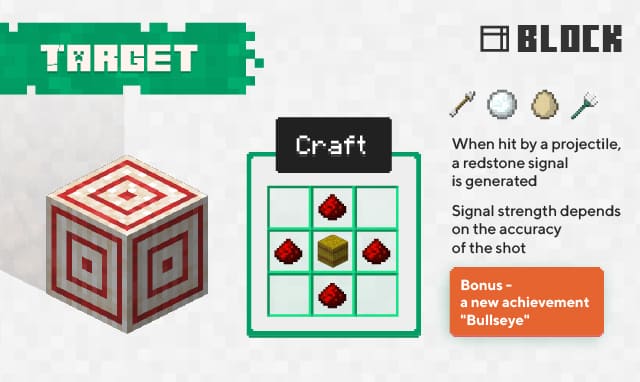