The developers have released a test version of Minecraft 1.17.0.58 for Android. The update made 18 changes and increased the stability of the game.

Changes
Made 15 changes to the Caves and Cliffs update. List of changes: 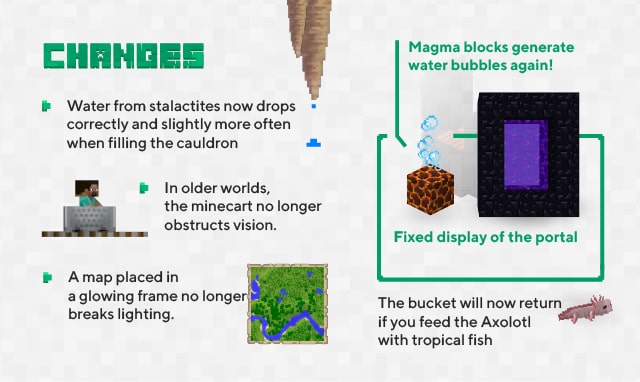 Technical changes
Made 3 changes. Basically, these are the changes that addon developers need.