After the release of the new mob Nether each player to think, is it possible to use the Strider in the water? But the answer was unequivocal: Striders do not like water and take damage from it. Mod Depth Striders adds water strider, who will move only on water. Now surf the seas and oceans will be much easier and more convenient, without wasting time on slow boats in Minecraft Bedrock.

Unfortunately, the mob can only urge in the creative mode. In this case, the mob moved on land much faster than the water. Written in the future will try to solve the problem, but so far it has failed. 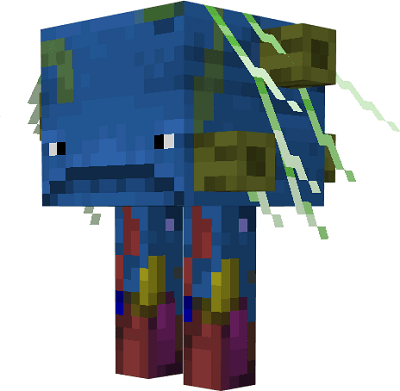 To control algae being used on a stick, to craft that need only a fishing rod and algae. To drive us there the player will need to seat - as well as for a strider.

Below is a video that explains and demonstrates the capabilities and functions of the mob.