Few people know about Friday Night Funki, which was released last October. The gameplay, like the plot, is fairly simple. Now similar mobs and abilities will appear in Minecraft, thanks to this mod. Some of the mobs use singing to attack, others drop useful items, and the rest can become your friends.

According to the plot, the guy tries to get the girl's attention, but he is hindered by various characters who must be defeated in rap battles.

Boyfriend and Girlfriend
Just give them the mic to befriend. After that, they will use their singing abilities to protect the players from other enemies. For the treatment of the guy, pizza is used, and for the girl, Dr. Pepper cherry.

PropertiesPizza and Dr. Pepper are dropped from neutral creatures. They can be eaten. The microphone can be used to deal damage.

Neutral mobs
Spawns randomly all over the world. The user is attacked only when provoked. But if there is a Lemon-demon nearby, then the mobs will join him.

Each of them attacks other characters with their singing. This uses animation and arrows appear.

Some mobs are tamed using the microphone.

Mini Whitty
Can be tamed with a microphone. After taming, health will increase by 200 units and the mob will guard the player. 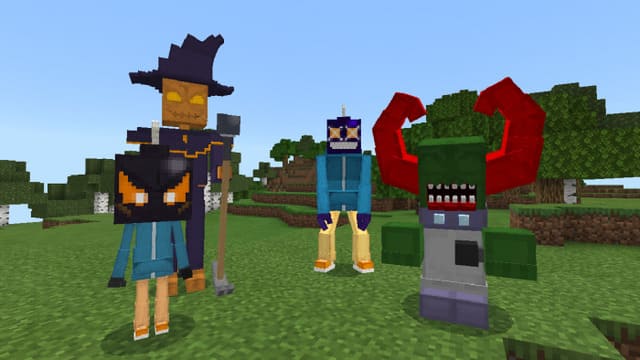 Skins 4D
Now you can get character skins. This will require 8 units of diamonds and 1 totem of immortality. Then the created item is sent to the stone cutter and the necessary skin is mined. 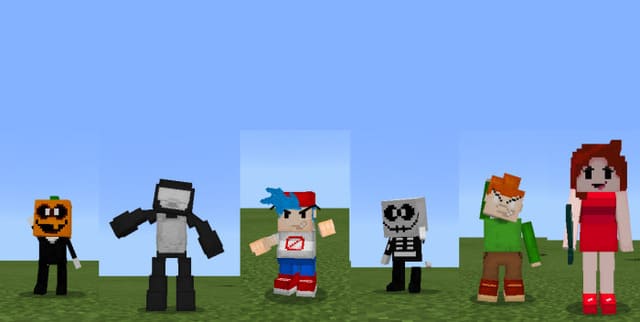 Don't forget to enable Experimental options in the map settings