The name of the Hollow Earth mod is not entirely clear, since the Minecraft world will be significantly replenished with huge monsters. The player will live around giants that can be tamed and ridden if done in time. We hope you have the courage to interact with these monsters.

How it works?
The supplement includes new mobs and new items that can be obtained even in survival mode. All mobs spawn naturally, which increases the risk of being killed during the next trip.

PreviewMalfunctions
If the performance in the game is difficult, then you should turn off the "Generate mobs" setting and enter the command in the chat panel "/ Kill @ e" to make the game better. But the mobs will have to spawn on their own. 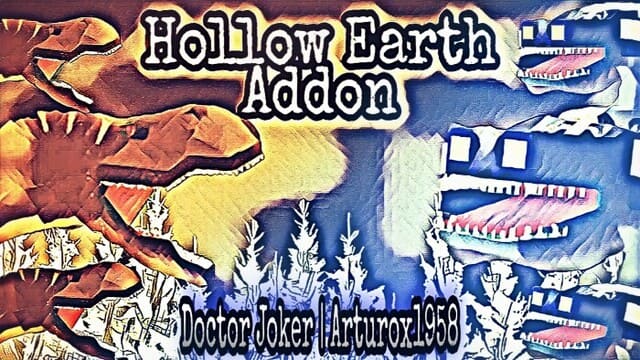 Tyrannosaurus Rex
The mob is really powerful and scary, but at the same time it can be a good ally.

Baby Tyrannosaurs can be tamed. After that, you can ride them, and they make funny sounds. 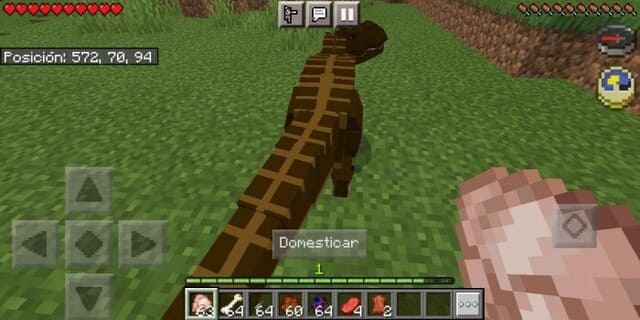 The author tried to add realism: mobs will sleep at night and rest from time to time.

To mount a dinosaur, you need to wear a saddle. The mob will follow you if you hold the bone. 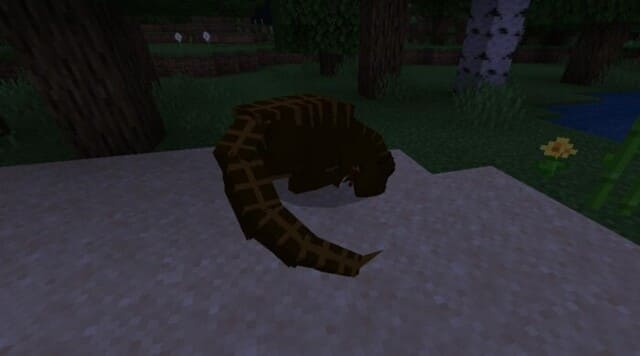 Similar to Tyrannosaurus rex, they can be tamed by babies.

Once tamed, they can be flown.

With tamed mobs, you will not be afraid of any mob. 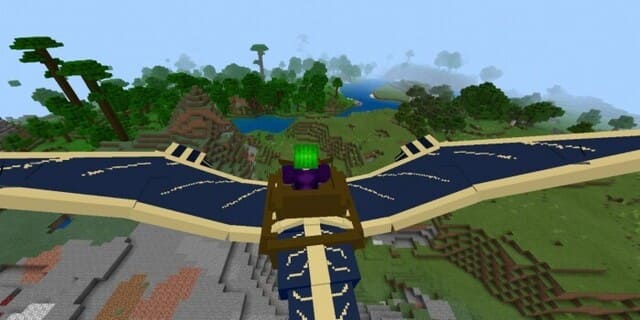 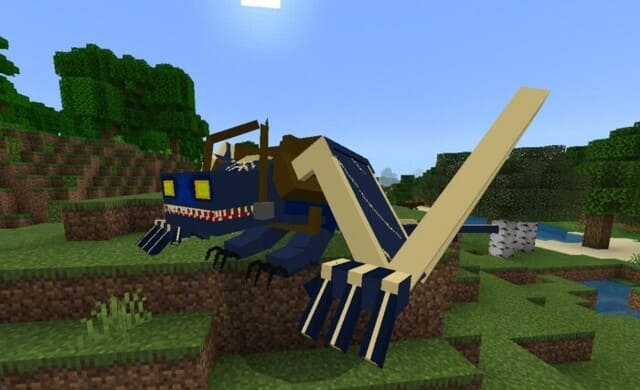